The Intensive Opinion Formers Training Course is aimed at senior spokespeople and experienced media performers who wish to raise their profile and that of the organisation they represent.

We recently worked with a senior executive in the financial services sector. His company regularly sent out press releases and it had achieved extensive, positive media coverage for its products. However, he wished to deepen and develop the coverage that the company was getting and to set it apart from its competitors. He and his Comms Team wanted to establish him as a thought leader and someone with interesting perspectives on the industry who would be appropriate for opinion editorials and panels. One of our experienced editors helped him and his colleagues to identify key areas of the sector on which he could comment. Working as a group they developed interesting messages which our editor knew would appeal to other editors on target publications and websites. They drafted outline articles and blogs which were engaging, newsworthy and would appeal to commissioning editors and readers alike. We then worked together to identify outlets and opportunities for opinion editorial and thought leadership articles. Our editor/trainer then put him through a series of media interviews, coaching him so that he could develop his thought leadership ideas and key messages in a dynamic, interview environment. We looked at making his ideas extra topical and at the use of examples and case studies to illustrate them and to bring them to life. We also helped him to stay on message, putting across his thought provoking and sometimes controversial ideas without getting drawn into attacking other organisations or damaging the reputation of his own company. 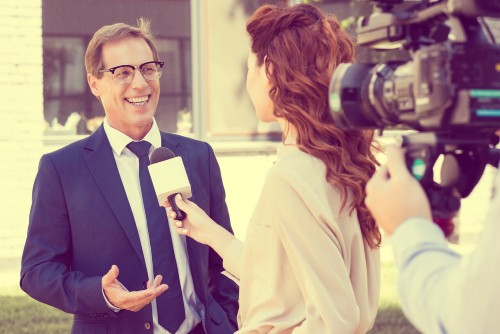 If you require more information on our communication training courses please reach out to our friendly team.

How to get your message across and control a media interview. We’ll teach you how to engage with the journalist and make the most of this important opportunity while reducing your risk.

Our intensive courses, created to meet your exact needs, will hellp you to engage and persuade investors and the financial markets. Ideal for both PLCs and start-ups.

These intensive workshops have been developed for the leaders of organisations and businesses who want to raise their profile and influence the debate.

An intensive refresher for those who already have media experience. Remind yourself of the basics, practice the skills and update your techniques.

With our free post course telephone support service we’re here for you after you’ve completed one of our courses. We’ll give you a free refresher on the phone to get you up to speed again before a media interview.

A flexible media training drop-in clinic for your conference attendees. We set up shop at your conference venue and offer role play interviews and media advice to your delegates.

You’ve worked for weeks on an issue, campaign or a product launch but how would a journalist report on it and what are the danger areas that you haven’t spotted yet?

How to protect your organisation from intrusive journalists.