Most people are anxious about what they can and can’t say to a journalist during a media interview and that’s quite understandable. After all, once you’ve said it, it’s out there – read, listened to or watched by hundreds of thousands or even millions of people. In our media training courses people often express concern not about saying the wrong thing. But they’re also interested in what they can do in a positive way, what they can say to grab the interest of the journalist. 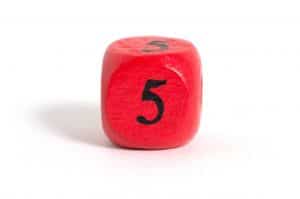 To help meet these concerns at the start of our media coaching sessions we’ll look at what makes a story and what motivates journalists. This means that, working with their PR teams, interviewees can ensure that they say the things that the journalist will be interested in thereby gaining more control of the interview and reducing the risk of said journalist pushing them into dangerous territory in the quest for a story. We help our participants to gain control of the interview.

Five good things to say to a journalist

So, here are five things you can say to a journalist to get their attention and increase the chance of your having more control of the interview and the final report.

“What really struck me about this is…”
It’s a good idea to flag up a key point to a journalist. It might be obvious to you that something is the most interesting or important aspect of what you’re talking about but don’t expect the journalist to know it too. This is especially true of general reporters or, as is often the case, an interviewer who has just been given the story to write with minimal research. (We’re not lazy, by the way, we’re just overworked as newsroom budgets have been slashed – just wanted to make that clear!)

“What people don’t always realise is that…”
Essentially the job of a journalist is to tell people things that they didn’t know that they might find interesting. So, if you can show that something is little known, that the audience might even be labouring under a misapprehension or that they’ll gain some competitive advantage by knowing this fact you’ll have the attention of the journalist that you’re speaking to. This also ticks that “unusual” box that the media loves so much.

“In my experience…”
One of the main reasons why we’re coming to talk to you is your experience. The more practical and recent it is the better for us, so emphasise this when you talk to journalists. We do a lot of media training for law firms, for instance, and so we always encourage them to pass on to journalists what they’re telling clients. Not only does this show that they’re working at the coalface of this business and that they’re very much aware of latest the developments and trends but it also provides tips and advice for our audience. Anything that ticks the “What’s In It For Me?” box is great for our audience is also great for us. As we say to the lawyers that we do media coaching for – you don’t have to give people full legal advice, just a few thoughts so that they’ll realise that you know what you’re talking about and pick up the phone to instruct you.

“One thing to watch out for is…”
Again, this could be about tips and advice but really it ticks the “trouble” box that journalists love. Bad news, risks, dangers are threats are meat and drink to the media. Depressing? Annoying? Perhaps, but the fact is that they grab people’s attention. They fire up the amygdala, the flight-or-fight instinct that is located deep in our animal brains. The other reason why journalists like this kind of phrase and what follows it is that giving warnings and highlighting threats also usually involves offering advice and tips – something that, as we’ve said above, is always good for media interviews, and something that we stress in our media training courses.

“Let me give you an example…”
There’s nothing, well, almost nothing, anyway, that journalists love more than an example, a story, an anecdote or a case study. As soon as you’re giving an example or telling a story, provided that it’s relevant to the audience, the interviewer will shut up and listen – and not start to look for trouble. Giving examples and saying, “for instance,” is something that we do all the time in conversations with family, friends and colleagues. But, for some reason, people often forget to use these basic building blocks of communication or don’t feel justified in doing so during a media interview. Examples both illustrate and prove your point. In fact, at the risk of contradicting ourselves you don’t even have to set up an example, just dive straight in and tell your story.

OK, so those are some of the right things to say during media interviews, but what should you avoid?

Five things you should not say to a journalist

“I can’t comment on that.”
Of course, it’s very possible that a journalist will ask you something that is outside your purview or that could get you into trouble and you’re right not to get drawn into it. But try and find a more relaxed, conversational phrase. You might say: “That’s not really my area of expertise…” or “I’ll let X speak for themselves,” or even “You wouldn’t expect me to go into that, would you?” We explain in our media coaching sessions that whatever you say, the point is that you then move back on to your key message. Talking of which…

“My key message here is…”
Yes, it’s good to have a key message – and you’d be amazed how many people go into media interviews with no idea of what points they want to get across. But you don’t have to be so transparent and crude about it as to use this form of words. Focus on your key message and flag it up, perhaps using one of the phrases above. Then repeat it and use some examples and stories to back it up.

“Let me be clear…”
One of the most frequent comments we hear in our media training workshops is “I don’t want to sound like a politician.” Now, even though we do media training for politicians around the world, we can understand the sentiment. The problem with this phrase is that the way it’s been used by certain politicians and other spokespeople. For them, it usually means the opposite – let me ignore your question and give my vague, fudged answer instead. So, do certainly be clear, just avoid using this phrase.

“What I’d like to say to your viewers/listeners is…”
This is another phrase that is based on the right idea but just makes it too clunkily obvious. It’s good to talk directly to the audience of a radio or TV programme but just do it by sounding natural and conversational and thinking about what they’d like to know. Don’t tell them that you’re going to do it. This is where the first and second person works well – as you’re literally talking to your audience – and that’s essential in any good media interview.